“The 2015 Economic Impact of Tourism in New York State”

Other development areas in Fulton County include the following;

Shovel-­‐ready sites in Fulton County include the following:

The Logistics, Agriculture and Food Processing, and Medical and Healthcare Manufacturing industries gained hundreds of new jobs in the past ten years in Fulton County, and these sectors continue to be strong opportunities for job growth. In December 2016, the Bureau of Labor Statistics reported an unemployment rate of 5.7%, with 21,624 employed. There were significant year-­‐over-­‐year job gains between June 2015 and June 2016 in certain sectors, including manufacturing; trade, transportation and utilities and leisure and hospitality. 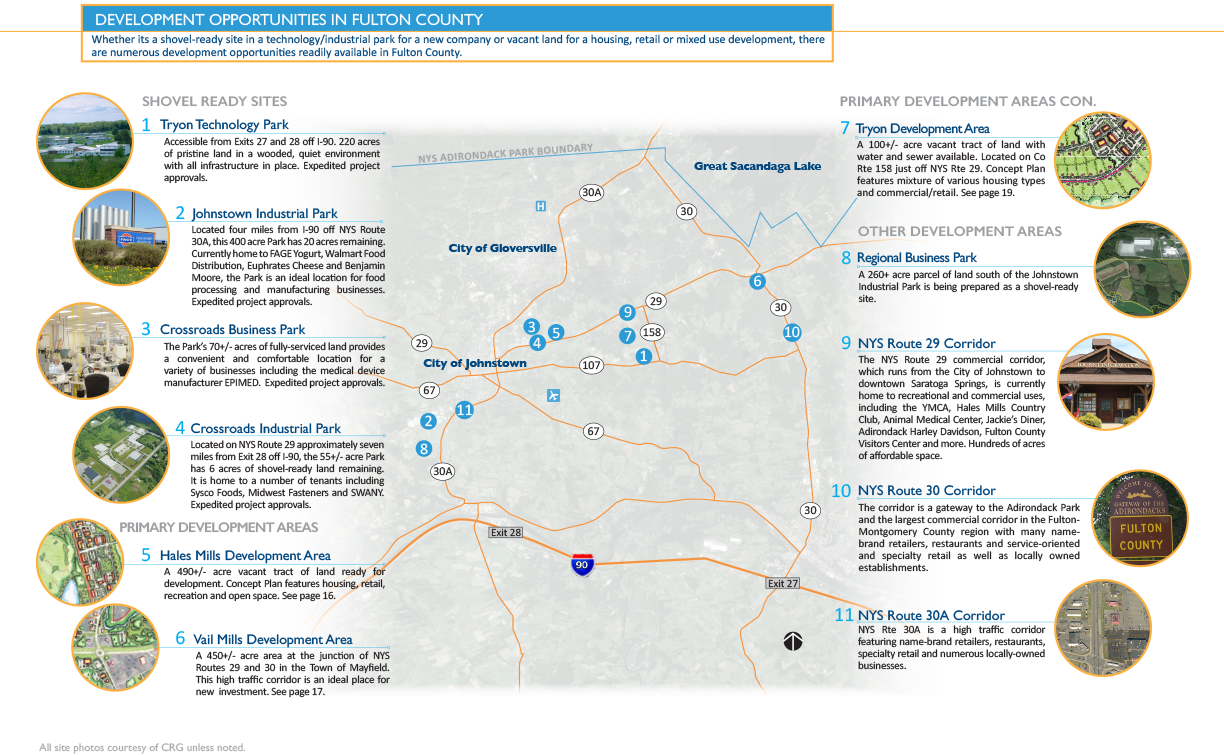 Fulton County and its municipalities own and operate high-­‐quality municipal infrastructure to support all existing and new development opportunities. This includes:

Fulton County’s innovative regional water and wastewater system provides these services anywhere in the County to support a development project.

The Fulton County Landfill was one of the first facilities in New York State to be permitted under NYSDEC’s Part 360 Regulations. The landfill accepts various types of waste. Its tipping fees are amongst the lowest in New York State.

With millions of gallons of excess capacity to support development, this award-­winning Plant was the first in the nation to produce 100% of its own power from anaerobic digestion. The Plant earned the 2015 Project of the Year Award from the Capital Region Branch of the American Public Works Association.

The County­‐owned General Aviation Airport features a 4,000’ paved runway and parallel taxiway, precision approach path indicators and an Automated Weather Observing System. Located just east of the City of Johnstown, the airport is within an hour’s distance of Boston, New York City, and Montreal.