Supervisor LAURIA offered the following Resolution and moved its adoption:

WHEREAS, the Committee on Personnel has conducted a review of the Non-Union Salary Structure; and

WHEREAS, said Committee recommends the attached salary list as appropriate for non-union personnel, excluding Department Heads and Elected Officials; now, therefore be it

RESOLVED, That effective from and as of January 1, 2018, the salaries, as attached hereto and made a part of this Resolution, be accepted and approved for the employees contained within various schedules for Non-Union employees, excluding Department Heads and Elected Officials which represents increases as follows:

and, be it further

RESOLVED, That should any other adjustments to said schedules become necessary, the Personnel Director shall submit those requests to the Board of Supervisors through the Personnel Committee for review and dispensation; and, be it further

RESOLVED, That the Personnel Director be and hereby is directed to do each and every other thing necessary to further the purport of this Resolution; and, be it further

RESOLVED, That certified copies of this Resolution be forwarded to the County Treasurer and all Fulton County Department Heads. 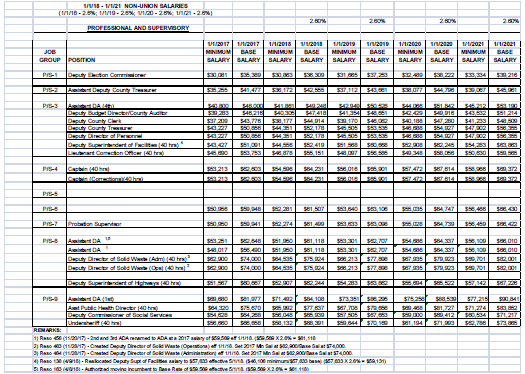 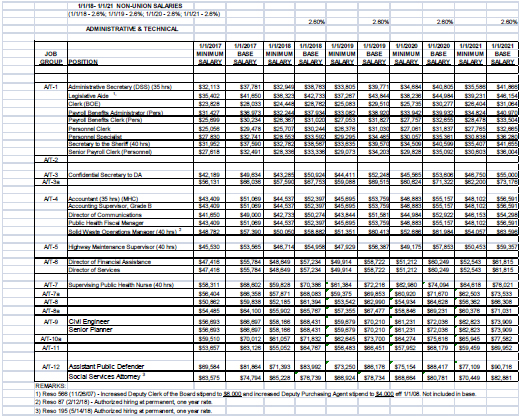 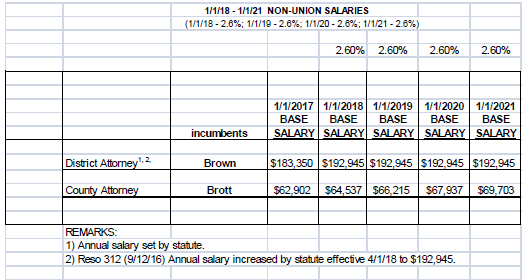 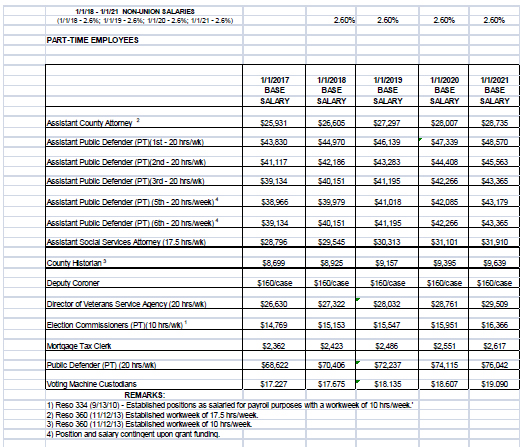