Following a slight decline between 2000 and 2014, the County’s population is projected to increase to 55,630 by 2020. A notable population trend between 2000 and 2014 is a near 20% increase in residents in their peak earning years (age 45-­‐64.) Although longer‐term projections show modest decline, the County’s committed efforts to attract new businesses and residents are designed to turn that trend around.

Fulton County’s existing housing stock features a strong supply of beautiful historic homes, as well as affordable properties that may need reinvestment (85% of units were constructed before 1990). Between 2005 and 2015, over $136 million was invested in the County’s housing stock to build 158 multi-­‐family units including market rate conversions in the cities and 826 single-­‐family homes. According to building permit data, the average cost of constructing a multi-­‐family unit was nearly $60,000 and $154,000 for a single-­‐family home. The housing mix is changing, with a growing percentage of rental units. Existing senior housing units in the County have sustained vacancy rates below 3% and maintain waiting lists. 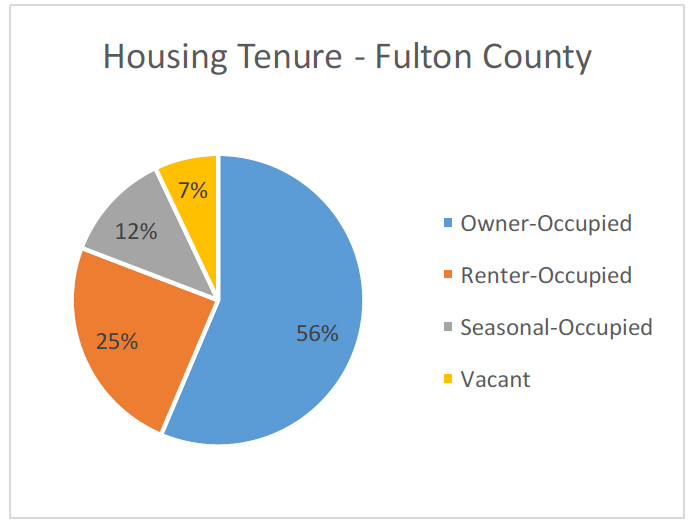 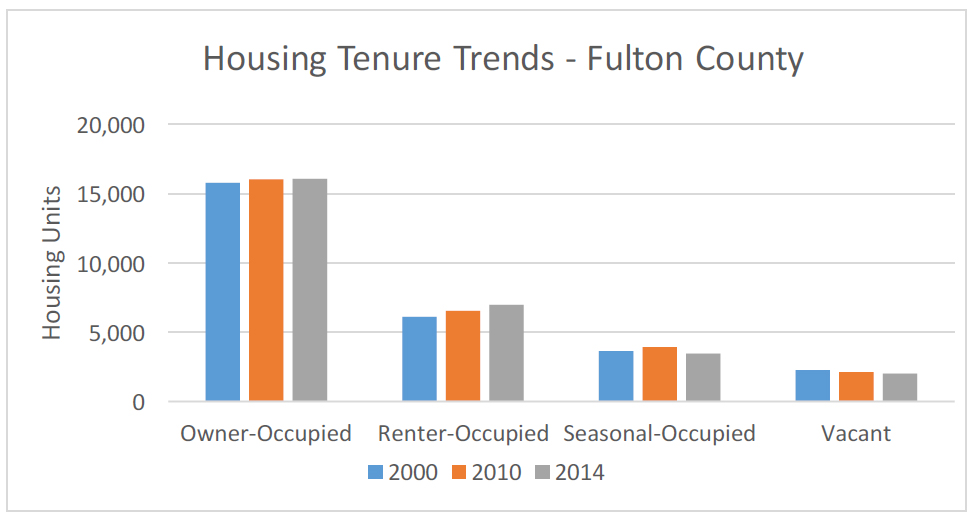 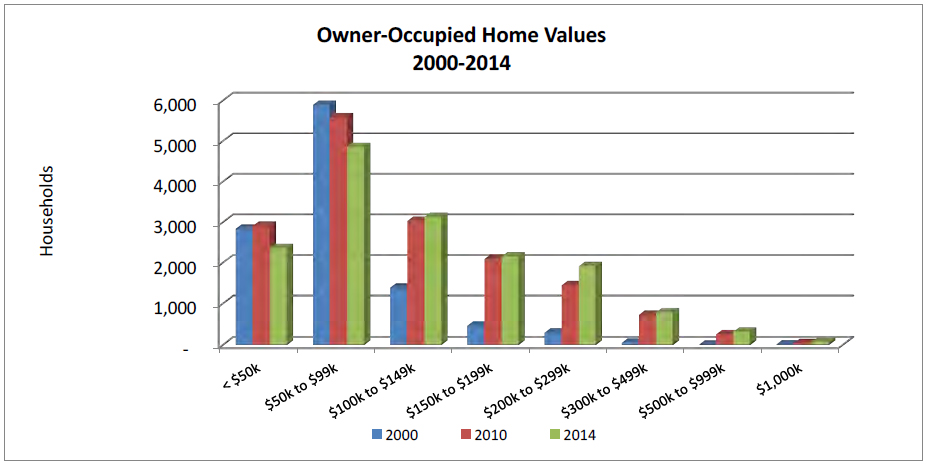 Household incomes have been rising resulting in additional spending power. Between 2010 and 2014, the average median household income grew by nearly ten percent to $55,550. 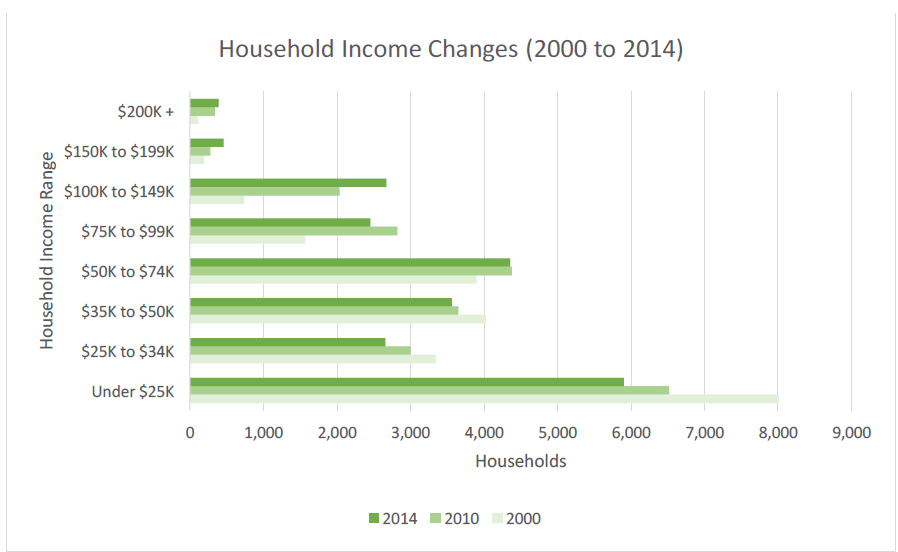